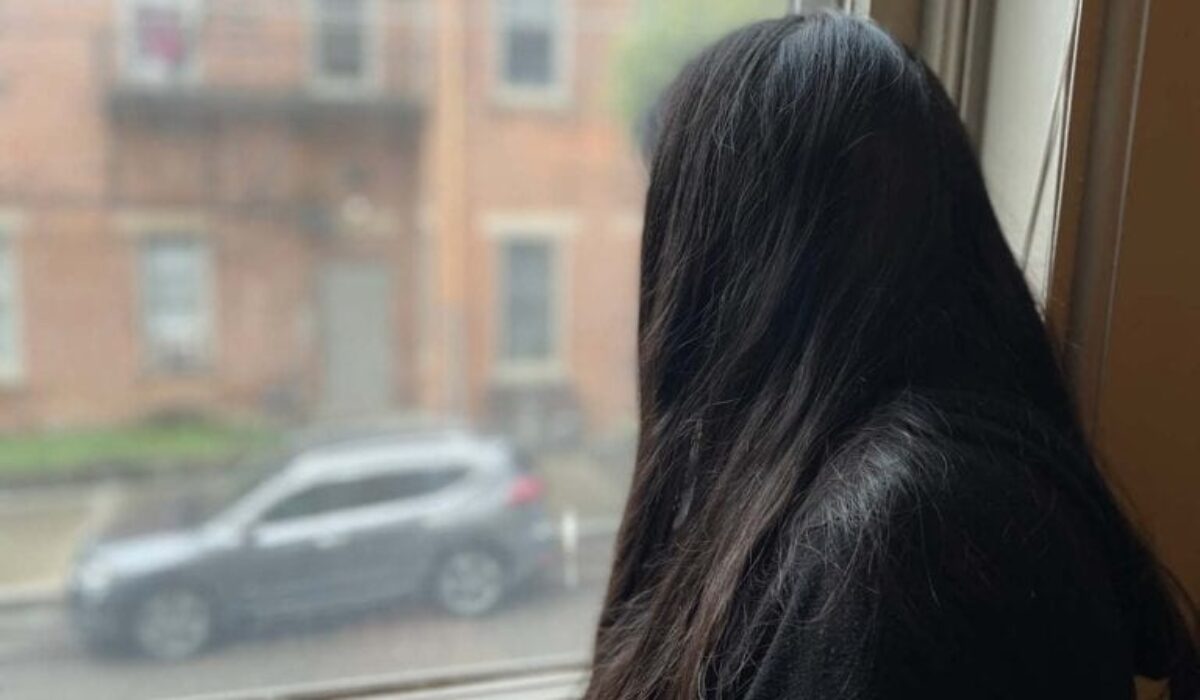 The Human Face of Human Trafficking

The term “human trafficking” prompts images of organized criminal enterprises that buy and sell people for commercial purposes. The reality is that most victims of trafficking know their trafficker, often as a romantic partner or relative, which complicates but does not lessen the horror of their suffering.

Daniela, a current Casa de Paz client, fits a common profile that made it difficult for her to escape the exploitation she unwittingly entered when she arrived in the Cincinnati area almost four years ago. Like most victims of human trafficking, she was abused as a child and young woman. One day a man she had grown up with and hadn’t seen for decades called her. “I don’t know how he obtained my contact information,” she says, “but he promised me many things, like I’m going to marry you and take care of you.” Soon he asked her father if he could marry her, and he made arrangements for her to leave Central America and meet him in the United States.

A long trip through Mexico and across the border into Arizona eventually ended in suburban Cincinnati, but the reality she found differed greatly from the fantasy she’d been promised. The man was married to another woman, and he moved Daniela into a trailer. Soon she was working long hours without pay for his company, cleaning houses and offices, helping with remodeling jobs, and suffering routine physical and sexual abuse – including rape – at his hands. Her abuser took her to an immigration attorney once to see about getting a work visa, and the attorney asked about calling the police after seeing Daniela’s bruises and scars. She declined, fearful of stepping into a system she knew nothing about.

“He treated me like an animal,” Daniela remembers, wiping away tears. “I was petrified.”

It was during a hellish assault earlier this year that Daniela finally caught a break: someone nearby heard the violence she was enduring and called the police. She was taken to the hospital while her abuser was arrested, and a case manager from the Salvation Army was called.

End Slavery Cincinnati, the anti-trafficking organization led by Salvation Army, provides comprehensive case management for victims of human trafficking: everything from crisis intervention and safety plans to referrals and street outreach. Many people in law enforcement, as well as attorneys and hospitals, know by now to call the Salvation Army and End Slavery Cincinnati if they suspect or know someone is being trafficked.

End Slavery Cincinnati, which serves about 200 people at any given time, encounters every aspect of human trafficking, from people forced into domestic servitude by a relative to minors victimized by sophisticated commercial sex rings. About 15 to 20 percent of victims are minors, mostly U.S. citizens ensnared in sex trafficking. Foreign nationals who are victimized are likely to be adults, with Latina women most often exploited in restaurants and agriculture and Asian women exploited in illicit massage parlors. Immigrants are especially vulnerable because of language barriers, a lack of familiarity with resources and laws, and potentially their documentation status.

“Trafficking is the use of force or coercion that compels a person into commercial sex or labor against their will – being asked to do things you don’t want to do,” says the Salvation Army’s Haley Elson, anti-human trafficking case manager. “The commercial component is what separates trafficking from domestic violence,” though the two are often intertwined.

Daniela’s terrifying story doesn’t have a happy ending yet, but she is moving toward a better life, starting with her move to Casa La Paz. She is working with police and prosecutors in the hopes of putting her trafficker behind bars, and she recently landed a paying job. Her past still haunts her, but she has plans for the future and a wide support network to walk with her.

“It is not easy to forget everything he did,” she says. “I am happy and I feel proud, especially in front of God, for putting these angels in my life to help me. I am grateful to Miss Julia (Figueroa-Gardner, Casa de Paz’s executive director). I wish I had known before that there was help for women like me.”