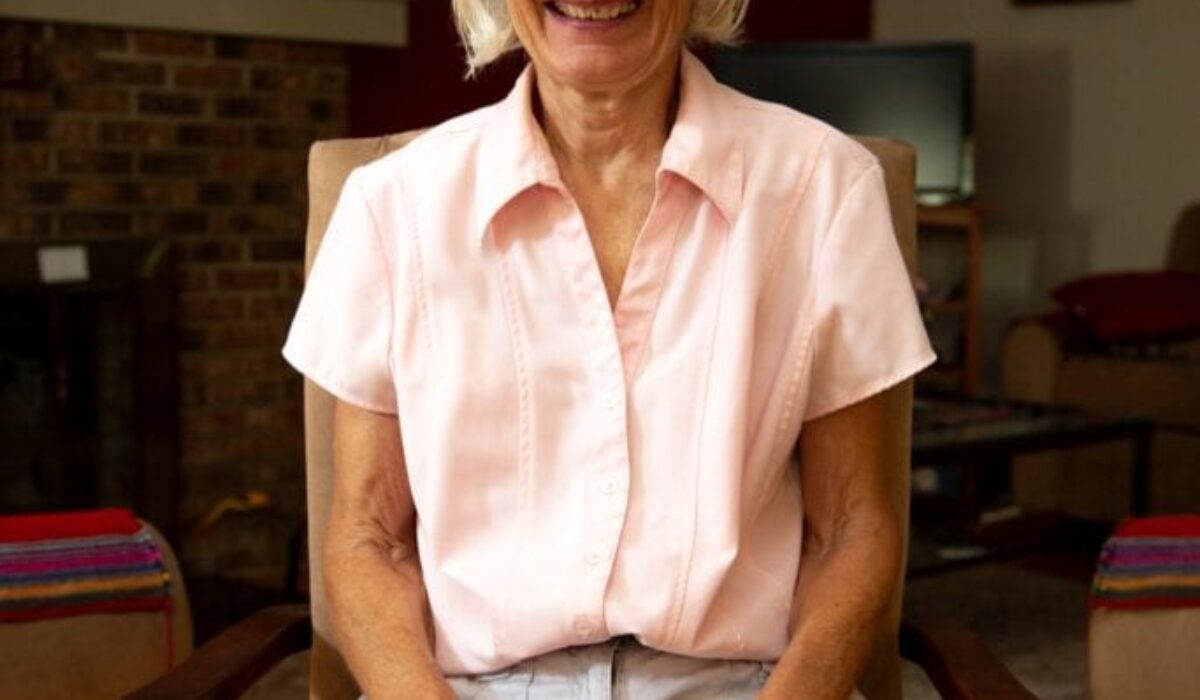 When Alejandra Best and I invited Margaret Singer to an interview, we knew she would have many stories to tell. Margaret is a respected member of the Casa de Paz community, having served as a social worker to Latinx immigrants for over 30 years. Driven always by a love of family and faith, her journey began in the town of Ney, Ohio, where she was born to a household of four children. Margaret was exposed at a young age to Catholicism through the catechism and Sunday mass, and initially wanted to become a nun. Hungry to learn about other cultures around the world, she changed her mind and instead majored in social work at the University of Dayton. Fresh out of school, she joined the Peace Corps.

Margaret was stationed in Colombia and worked with campesinos, or farmers, in rural areas of the country. Inspired by her experience in South America, she continued social work with other agencies in the United States. She soon became involved in the founding of Su Casa, an organization that provides resources and services for the Hispanic immigrant community in Cincinnati. Father Joe Nelson, a Franciscan priest, and head of the organization at the time, chose Margaret as his assistant director.

Margaret told us she was particularly drawn to working with Latinx people because of their “warm personality.” In her experience, “you get a hug whether you need it or not. They talk about their feelings … and you understand better where they’re coming from.” It is especially easy for her to connect with people from the campo, or countryside, because she has her own childhood memories growing up in a rural Ohio town. “I really felt comfortable being with Latinos … I especially like their spirituality,” she explained. The Hispanic mass was a new experience for her, “very different from the English masses. To me it was more spiritually meaningful. And that was important.”

While working at Su Casa, Margaret began speaking with Maria Cabrera, a woman who experienced regular abuse from her partner. After listening to her story, Margaret decided, “we have to do something.” Maria “would get a whole lot of calls,” she remembered. “This guy’s beat me up. This guy’s doing this, and this guy’s doing that.” The process soon began to create an organization specifically for Latina victims of domestic violence. Together with Gillian Ahlgren, a professor at Xavier University, Margaret took inspiration from a women’s shelter in Chicago to co-found Casa de Paz.

Over the past seven years, Casa de Paz has continued to operate as a resource for the Latina community in Cincinnati. Though Margaret has since left her role on the board, she continues to help as a volunteer. Recently vaccinated, Margaret was able to safely return to Casa de Paz the afternoon of our interview. She spent a few moments reminiscing about her time volunteering there. “I saw that there was a need for the kids [of the women] to at least leave on weekends,” she recounted, “get out of the house and do things.” She remembers one time she took the children to Burnett woods in the wintertime. Together they made makeshift sleds and carved a trail in the snow down one of the hills there. “It was one of the weeks that it actually snowed enough that you were able to go down hills,” she said. “And you know, we had so much fun.” As well as sledding, Margaret took the kids roller skating, camping, and even served as an informal tutor to help with their math homework. “I think the kids are as important as the mothers,” she pressed to us.

Whether working to solve the larger issues surrounding domestic violence in Cincinnati, or simply spending time with the children at Casa de Paz, Margaret will always be an invaluable member of our community. With rich experience to draw from and clear dedication to the calling of her faith, she is a model for those who wish to lead lives of service. In our interview together, we only scratched the surface of Margaret’s countless hours of hard work. We hope her years ahead will bring many more inspiring moments.