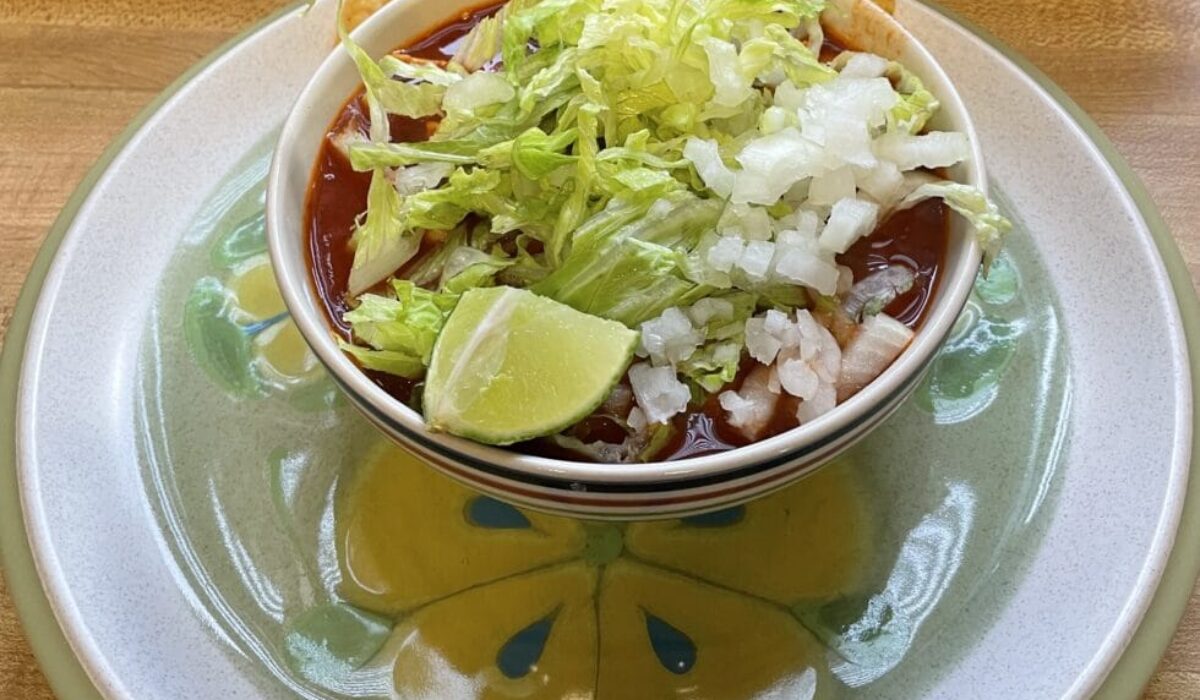 The women who live at Casa de Paz are comforted to be able to speak their native Spanish in their new home, and there are other sources of comfort, chief among them food. They are, by and large, far from the foods of their homelands, and eating the food of another culture is a constant reminder that one is not home. At Casa de Paz, food is a source of solace as well as sustenance, with the flavors and scents of home helping to ground them in this new place.

Of course, the residents of Casa de Paz represent a myriad of Hispanic cultures, and the Colombians who live there are as unfamiliar with posole as the Mexicans are with ajiaco. Still, the opportunity to cook the foods of their homelands and learn new ways of cooking from women of other Hispanic cultures creates a bond that is as important as their shared language.

Veronica recently spent six months at Casa de Paz, regaining her footing and planning for her future. An accomplished cook from the Mexican state of Michoacan, she brought a large bean pot as one of her few possessions when she moved in, and from the beginning she made fresh tortillas every day – with sunflower seeds and spinach to color the green ones, and beets to color the red.

When Veronica began cooking, other residents would stream from their rooms, beckoned by the scents wafting through the house, and gather in the kitchen to see and taste her creations. Even those from cultures where tortillas are not a regular part of the cuisine would dig into her tortillas, filled with mushrooms and onions and other savory fillings. Her posole was another favorite, full of corn, garbanzo beans, pork, guajillo chiles, garlic cloves, and peppercorns, as were her tostadas (fried corn tortillas).

“It’s something beautiful to be able to share part of my culture with the other residents,” says Veronica, who recently moved out of Casa de Paz to launch her new life. “I always loved to cook; my grandmother taught me. In Mexico, we cooked over a fire and used a comal, which is like a flat griddle.” She also wielded a mean molcajete, a mortar and pestle made of volcanic rock used to grind fresh chiles, garlic, onions and tomatoes.

Though the women of Casa de Paz begin their stay united in pain and sorrow, they soon find other things they share in common. For Veronica, food was central to the bonding she experienced with other residents.

“Here each one of us cooks food from our own culture and we share. It was a way for me to feel good and make others feel good at the same time,” Veronica says. “This is a home, not a house. They gave us the freedom to feel like we were in our own home, a very kind and inviting home.”

Now that Veronica has moved on, she misses her old housemates at Casa de Paz but feels prepared for the next phase in her life. She is working in the food industry and hoping to sell her healthy tortillas to food-loving customers someday soon. She treasures the home she built at Casa de Paz with women in a similar situation, how they were able to take the difficult circumstances they were given and transform them into something beautiful, much as an hour at the stove can transform the simplest ingredients into something spectacular.

“Not only did we share food but also experiences we went through,” she remembers. “We made a family here and you think of everyone as part of your heart – the children and the adults”. They gave me a lot of kindness. It feels good because you see people with other ideas and cultures and you think you’re not going to get along, but you do. It’s not easy, but it is possible.”